Viewing posts for the category views

That He Is and No More

Posted by: david in views 8 months, 1 week ago

In preparing a message on prayer recently, I remembered a quote that previously impacted me:

Posted by: david in views 7 years, 9 months ago 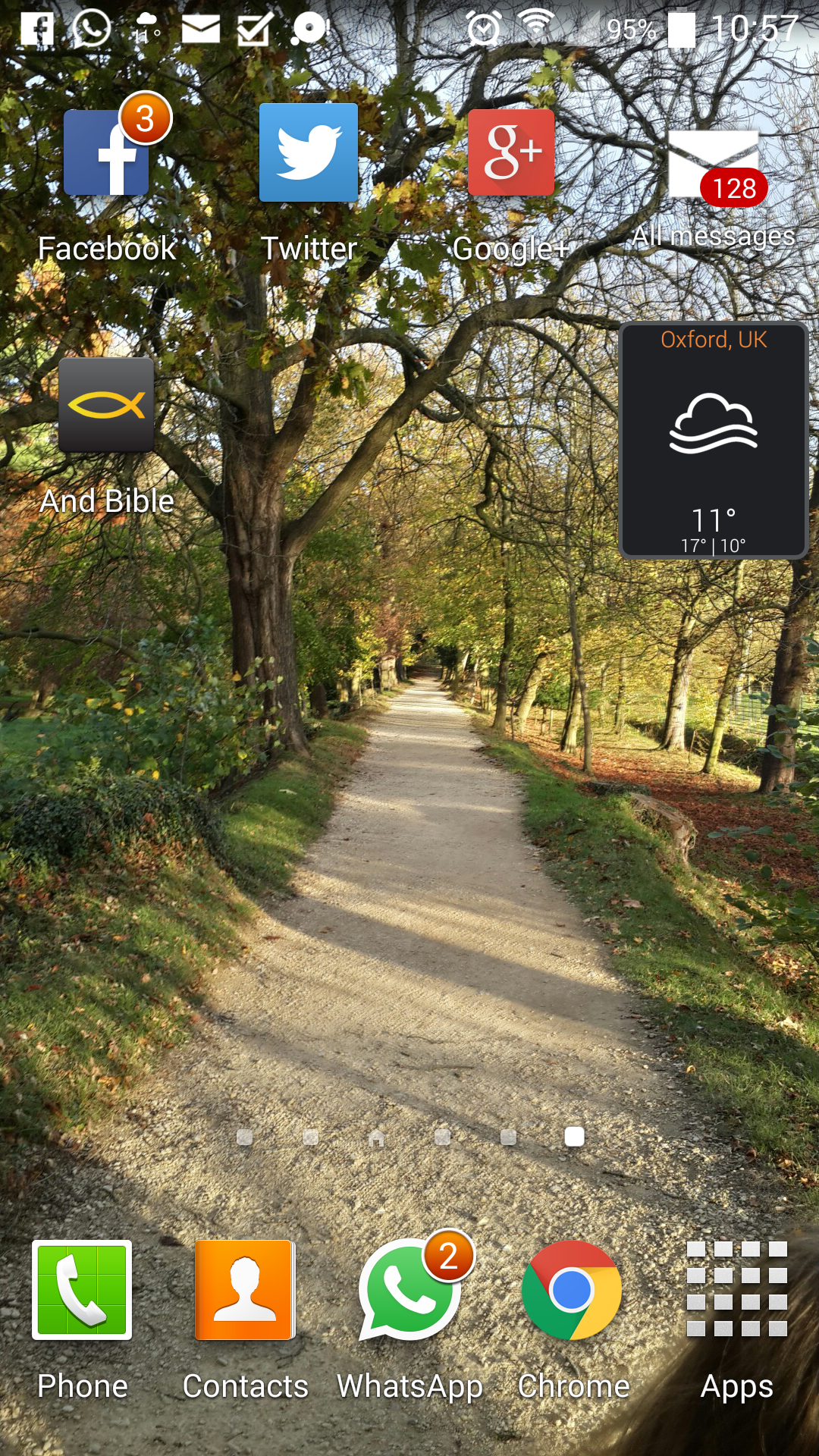 My phone has icons for the different apps I use - social media, email, and a program I use to read the Bible. Some of them call out to me with numbers highlighting in red how many unread messages I could look at. But the Bible app just sits there unobtrusively - it never changes.

Posted by: david in views 7 years, 9 months ago

For a believer in Christ, memorizing Scripture is a powerful and helpful aid to our faith. Poetic devices such as rhythm, rhyme, alliteration and structure are aids to memorization. Is it possible to produce Scripture translations that use these devices, while remaining accurate translations? These would have other benefits as well (children's illustrated Bibles, audio tapes that flow well, etc), but since memorization is clearly most helpful when as close to the original as possible, there would be challenges. Yet these challenges are similar to any translation effort; the switch of mode of expression is similar to a language switch.

Diagnosing and defeating racism through the good news of Jesus

Posted by: david in views 8 years ago

Here are some thoughts on racism that I hope may help Christians to see the enormous difference that the grace of God revealed in the gospel of Jesus should make to racial tensions and division, and to our own hearts, whether we need to repent from racist attitudes and practices, or receive healing from being hurt by them. Other people are far more capable and qualified to write about this, and because these areas are so personally painful to many, it can seem easier to remain quiet, but as I've considered the pain that I hear from brothers and sisters I respect in different places, I felt that silence can exacerbate the pain, and we need to be rather proactive about engaging this issue.

On birthdays and grateful joy

Posted by: david in family-news, views 8 years, 7 months ago

When James was celebrating his eighth birthday, he made the following comment:

Posted by: david in old-drupal-blog, views 14 years, 2 months ago

In a recent SABC article SA to earn millions from biggest ivory sale, the following peculiar sentence is found in the last paragraph:
Parts of the 45% [of the ivory from the period 1988 to 1994] are of elephant moralities.
Perhaps moralities should read mortalities

Posted by: david in old-drupal-blog, views 14 years, 2 months ago

Lex Loizides has been doing a great series of blogs on church history, but little did I know that he's actually a first-hand source! For example, he's just done a post on Wycliffe, who was a fantastic preacher as can be seen in this great painting:

John Wycliffe. In the villages and towns the people listened eagerly to Wycliffe and his preachers reading passages from the Bible - in English. One in particular, in the lower right hand corner, seems in earnest prayer... perhaps due to the proximity of the axe to his face.

Posted by: david in old-drupal-blog, views 15 years, 6 months ago

I watched a talk on linkglobal and their work in North Korea and it is profoundly disturbing what seems to be happening in that nation - and has been for many years - yet most international criticism seems reserved to things that will affect other nations. It's as though a government can crushingly oppress millions of people that happen to be in its own territory for years, and others are only worried if it may affect them. (See Liberty in North Korea for more info).

Posted by: david in old-invention-blog, views 17 years, 9 months ago

Posted by: david in old-invention-blog, views 17 years, 9 months ago

Several months after I posted Once in a Blue Rose, an article appears with a photo:
Roses are Blue (also on Slashdot: True Blue)
The question is, Is the photo real? The one here is apparently not... (see the slashdot comments which reference a preexisting version)