James had a fantastic first day at school today. A bit nervous (the butterflies in his tummy meant he didn't eat much breakfast), but when we went to fetch him he came running out saying "I love school!" It's the honeymoon phase but it's great to start off so well.

Charis had a fun time with Danielle at Rhodes Memorial while he was there which was great; before she left Mama Mavis got a fright from a gecko in the bathroom; Charis and I went to rescue it and in the end she caught it (by accident I think) in the bath mat and was very proud of herself. 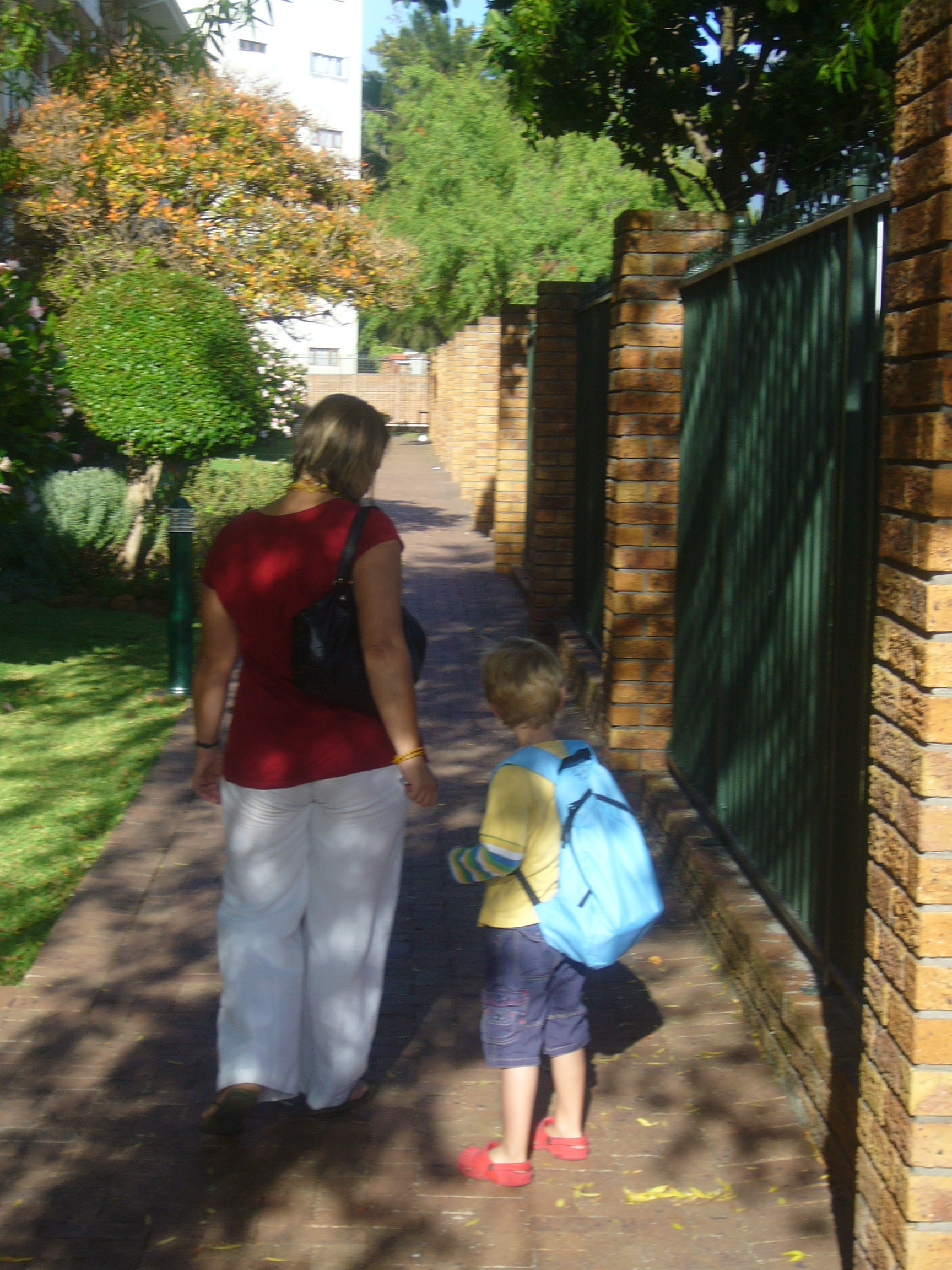